Prior to his current appointment, Justice Phiri served as a Judge of the High Court. Justice Phiri joined the Ministry of Justice in 1978 and served as Director of Public Prosecutions from 1990 to 1997. He also served as Senior Legal Officer at the Commission for Investigations for seven years. While in the Ministry of Justice, Justice Phiri was seconded to the Commonwealth Secretariat during the Independence talks for Zimbabwe where he participated in the drafting of the Zimbabwean Constitution. He also participated in the drafting of the Namibian Constitution.

Justice Phiri was a part-time Post graduate Lecturer in “Evidence and Practice” at the Zambia Institute of Advanced Legal Education. 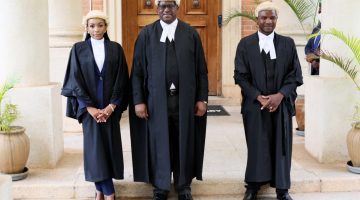 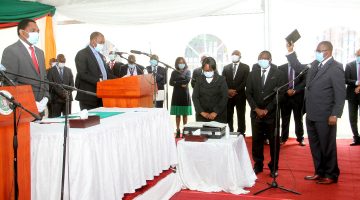 Justice Dr. Mumba Malila, Sc Sworn in as Chief Justice of the Republic of Zambia