Hon. Mrs. Justice Petronella Chama Mwitwa Ngulube is a Judge of the Court of Appeal. She was appointed Judge of the Court of Appeal on 13th November, 2017. Justice Ngulube holds a Bachelor of Laws degree from the University of Zambia and a Master of Policy degree from the Flinders University in Australia. She was admitted to the bar in 1997.
Prior to her current appointment, Justice Ngulube served as a Judge of the High Court from 2010 to 2017. Justice Ngulube served in the then Office of the Director of Public Prosecutions now National Prosecutions Authority from 1997 to 2003 as a State Advocate and then as Senior State Advocate. She served in the Ministry of Justice as a Senior Parliamentary Counsel from 2004 to 2006 and Principal Counsel in the International Law and Agreements Department from 2006 to 2010. From 2004 to 2006, Justice Ngulube was the Vice Chairperson of the Road Transport and Agency Board and Task Manager of the Public Expenditure Management Programme (PEMFA).
Justice Ngulube is a member of the Zambia Association of Women Judges. 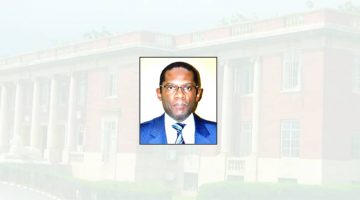 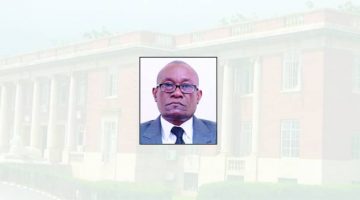