Hon. Mr. Justice Isaac Kamwendo is a Judge of the High Court. He was appointed to the High Court on 29th July, 2010. Justice Kamwendo holds a Bachelor of Laws degree from the University of Zambia. He was admitted to the bar in 1991.

Prior to his current appointment, Justice Kamwendo served as Principal State Counsel in the Ministry of Justice in Botswana from 2001 to 2010.  From 1998 to 2001, he served as Legal Counsel /Board Secretary of the Times Printpak Zambia Limited and Assistant Legal Counsel at Zambia National Provident Fund from 1995 to 1997. He also served as Legal officer at the Development Bank of Zambia from  1992 to 1995, Legal Officer at Lima Bank from 1991 to 1992. 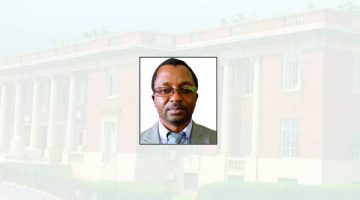