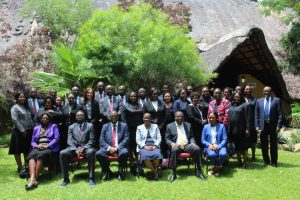 The initiative to create a sustainable programme to train adjudicators in environmental law In Zambia emanates from a meeting in January 2017 in which there was an initiative in Johannesburg, South Africa, where judicial training institutes of Africa agreed to integrate environmental law in their training programmes. Thereafter, a Regional Symposium was held on 3rd August 2018 in Maputo, Mozambique where Chief Justices and Supreme Court judges endorsed this initiative and launched the Regional Curriculum Manual and the Africa Judicial Network on Environmental Law.

The workshop which comes at a time when the world is addressing issues on Climate Change and the adverse impact of human activity on the environment, aims at familiarizing the participants with the legal and institutional framework of environmental law in Zambia, contemporary environmental matters, procedural aspects of environmental adjudication as well as civil and criminal remedies and sanctions, among other topics.

Her Ladyship the Hon. Chief Justice Mrs. Irene C. Mambilima in her keynote speech read on her behalf by Hon. Justice Dr. Mumba Malila SC, described environmental law as the new human rights. She said “there is an urgent need to build capacity for adjudicators in order for them to be well vested in environmental laws and be equipped to interpret them correctly.” The Chief justice impressed upon the need to save the environment when she said “we need as adjudicators to be more proactive in our response to pressing environmental concerns in order to protect the country’s natural resources.”

Her Ladyship anticipated that the benefits of the training of trainers programme will be far reaching. She said “Firstly, it will produce a cadre of environmental law experts on the bench. This will help reach far flung areas in the absence of a Judicial Training College”. She called upon adjudicators to keep abreast of sophisticated environmental trends when she said that “you will discover that environmental adjudication requires you to keep abreast of sophisticated environmental crimes and be aware that perpetrators will stop at nothing. Civil actions, on the other hand, will oftentimes demand of you to strike that delicate balance between the economic benefit and public interest.”

Speaking the same workshop, Mr. Robert Wabunoha, the UNEC Regional Coordinator Environmental Governance-Africa highlighted the environmental challenges that Africa faces when he said “Africa is estimated to lose a conservative figure of up to $195 billion annually of its natural capital. Nearly 3.3 % of agricultural GDP in Sub-Saharan Africa is lost annually because of soil and nutrient loss. Land Degradation in sub-Saharan Africa is estimated at USD 68billion per year. Two-thirds of the continent is desert or drylands, and 74 per cent of its agricultural drylands are already seriously or moderately degraded.

Additionally, Africa is suffering deforestation at twice the world rate. For example, only 22.8 percent of West Africa`s moist forests remain.

On the front of environmental crime, illegal logging costs Africa a high of USD 17 billion annually. In illegal poaching & trade in wildlife, Africa loses an alarming US $10.9 billion. Not forgetting illegal mining that is estimated at $12–48 billion.”

Mr. John Msimuko, the Director General ZEMA emphasized that ZEMA’s overall Objective is to provide a clean and healthy environment for all. 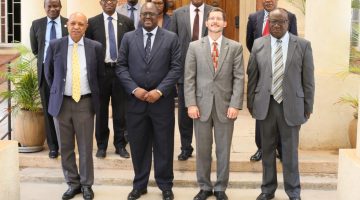 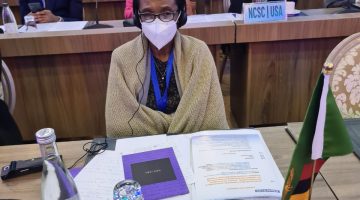 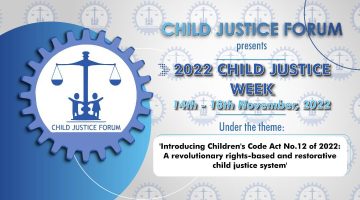