The new LAZ executive was welcomed by the Hon. Chief Justice in the company of justices Nigel K. Mutuna, Palan Mulonda and Gertrude Chawatama and some judiciary staff.  The Hon. Chief Justice congratulated the LAZ Council on being elected into office in July, 2022 and noted that for the first time in the history of LAZ, the 16-member LAZ Council is now gender balanced. The Chief Justice underscored the need for continuous partnership between the Bar and the Bench in enhancing access to justice. “The Bench and the Bar are partners in justice delivery and the responsibility to deliver quality justice rests on both sides of the coin,” he said.

Among the subjects of discussion were topical issues impacting administration of justice with particular attention to delays in delivery of judgments and rulings; the Bar-Bench relationship, particularly the continuation of the Bar-Bench Liaison Committee and resumption of the Bar-Bench Conferences and the need to enhance interaction with the lower Bench; and the incorporation of Research Advocates into the LAZ membership.

The Chief Justice thanked LAZ for candidly flagging the highlighted issues. He said “the issue of delays is as painful to the Bench as it is to the Bar and causes the Judiciary a lot of anxiety. Rest assured however, that the Judiciary is not idly sitting but has put certain interventions in place such as the Task Force on dismantling Backlog and Delay reduction and the soon to be introduced performance appraisal system for all adjudicators.  It was emphasised however, that delays can be attributed to a number of factors, including the conduct of Counsel and the litigants before the courts”.

Speaking during the same meeting, Hon. Mr. Justice Mutuna echoed the Chief Justice’s sentiments when he said “delays are a two-way thing, and that there was a glaring problem of counsel partnering with their clients when prosecuting matters, which is actually tantamount to misconduct”.  He emphasised the need for lawyers to utilise Alternative Dispute Resolution (ADR) mechanisms to help unclog the justice system.

Justice Mulonda thanked LAZ for being a partner in access to justice.  He asked LAZ to work with the Judiciary in its communication strategy which is aimed at giving more information to the public about the activities in the Judiciary.

Justice Chawatama bemoaned the fact that despite Zambia having been a pioneer in ADR in the region, the country is sadly lagging behind compared to comparator jurisdictions such as Kenya and Tanzania.  She stressed that lawyers should carefully consider whether some cases are worth bringing to the High Court.  She assured that some of the concerns by the Bar such as delayed judgments were being addressed at the judges’ platform.

LAZ President, Mr. Lungisani Zulu, reiterated the preparedness of the association to support the Judiciary’s efforts in making justice accessible to all Zambians.  He extolled the deployment of resident Judges to the provinces which would have positive spill over effects on the welfare of LAZ members by creating employment for lawyers in the provinces, as well as bringing much needed legal services closer to the people, away from the line of rail.  He enlisted the Judiciary’s support as LAZ embarks in preparations for the celebration of its golden jubilee next year.

He also asked for support of the Judiciary in the establishment of an international arbitration centre at Lusaka, which would cater for Zambia and the entire region.

Public Notice – The Legal Practitioners and the General Public. 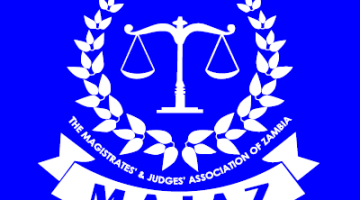