You are at Home 2022 June 22 Resources Press Releases PROVINCIAL TOUR OF LUAPULA PROVINCE BY THE HON. DEPUTY CHIEF JUSTICE

Kawambwa – In line with the Judiciary’s vision to enhance access to justice, His Lordship the Hon. Deputy Chief Justice, Hon. Mr. Justice Michael Musonda, SC, this morning handed over a Toyota Hilux vehicle to the Magistrates Court in Kawambwa district. This is in line with the devolution of funds to the provinces, with the aim of ameliorating the operational challenges faced by courts in the districts, such as lack of transport.

The tour of Luapula Province follows that of North Western Province undertaken in May 2022, by His Lordship the Hon Chief Justice, Hon. Justice Dr. Mumba Malila, SC, during which the Chief Justice, in like manner, handed over a Toyota Hilux to Kabompo district.

The meetings so far held with members of staff at Nchelenge, Kawambwa, Mwense and Samfya presented an opportunity to management to address issues relating to personal emoluments, retirement age, career progression as well as general welfare of the members of staff in the province.
Justice Musonda bemoaned the operational challenges faced by the Judiciary in the province ranging from insufficient numbers of court rooms, lack of cells for juveniles and females, and lack of staff housing, among others.

The Hon. Deputy Chief Justice is accompanied on the 5-day tour by Hon. Justice Martin Musaluke, Judge of the Constitutional Court and Member of the Advisory Committee on Infrastructure, Hon. Lady Justice Fulgency Chisanga, Hon. Judge of the Supreme Court and Chairperson of the Advisory Committee on Court Operations, Hon. Lady Justice Emelia Sunkutu, Hon. Judge in Charge of Luapula Province, and Ms. Nalishebo Imataa, the Chief Administrator. 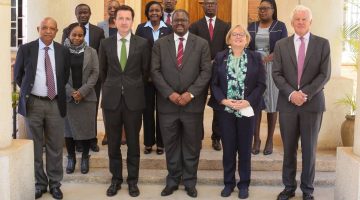 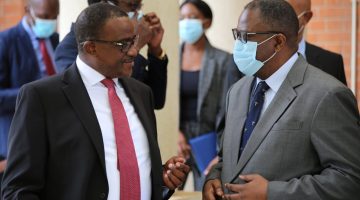 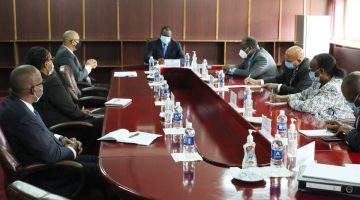